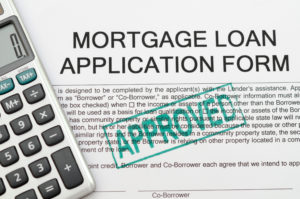 Are We Headed for Another Bubble?

Between 2004 and 2007, lending standards were loosened significantly, bringing previously unqualified buyers to the housing market. These loosened standards, coupled with sub-prime lending, led directly to the housing crisis a decade ago.

We can see that the current market has recovered from the market crash and then some. Home appreciation has risen year over year, and that appreciation coupled with tight inventory has given rise to the current real estate boom. We know the contributing factor in the crash was risky mortgages with high rates of default. What’s different today? Tighter lending standards and the Qualified Mortgage Rule.

According to the MCAI (Mortgage Credit Availability Index) with a benchmark set at 100 in 2012, higher numbers indicate a loosening of lending standards, and lower numbers the opposite. April 2018 MCAI was unchanged from March, at 177.9. Broken down, conventional credit increased driven by an expansion in jumbo credit. Government MCAI, however, fell 1.4 percent, indicating that at least in that sector, lending standards are tightening.

On June 13th, 2018, the Federal Reserve raised rates for the 2nd time this year – from 1.75% to 2% – and we know this affects mortgage lending rates as well. It costs more to borrow money now. While interest rate increases often lead to a rush in mortgage applications, how many of those applications are approved? What does it take to be a prequalified buyer in today’s market?

So, Lending Standards: Too Loose or Too Tight?

Take a look at this chart from the Mortgage Bankers Association’s graphic below. A graphic representation shows that we are nowhere near the standards that caused the housing crisis. In fact, while the index has risen recently, credit standards are still quite tight, leaving a segment of qualified buyers out of the market. 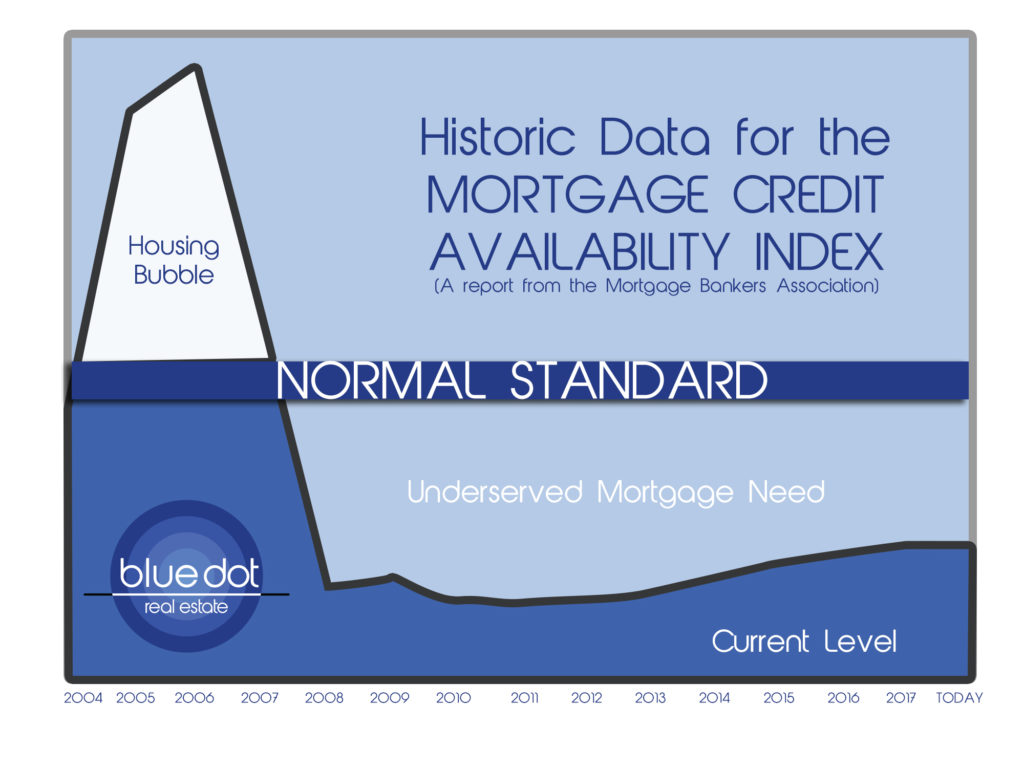 With recent reports of the skyrocketing cost of rent, further loosening of lending standards would serve a segment of potential buyers with lower credit scores but with sufficient income to cover payments. The Consumer Financial Protection Bureau is in the midst of reviewing the Qualified Mortgage Rule, determining whether to loosen some of the consumer protections instituted by the Dodd-Frank Act. With fewer restrictions on lenders and borrowers, the potential for bringing qualified home buyers to the market increases. It is possible to balance consumer protection and qualify for a mortgage simultaneously. That’s what we’d like to see – healthy buying AND lending conditions.

Contact Blue Dot Real Estate today and we’ll help you get ready for your big change!

The Value of Becoming a Blue Dot Agent